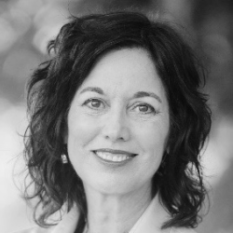 Leslie’s desire to bring sustainable change to her clients is founded in her lifelong love of working with people to step into their greatness.

For over three decades, Leslie has travelled the globe to assist individuals and Fortune 100 business leaders to enhance their professional development through performance excellence.

In her years of working with thousands of people across a wide spectrum of cultures, she has assisted leaders in honing their skills in both execution and engaging with others more effectively.

Leslie began her career working for Insight Seminars where she became a Master Trainer and facilitated all the programs Insight offered. She designed workshops and trainings culminating in designing an intensive dynamic 29 day contiguous experiential program focused on clarifying participants purpose and aligning their actions with what is most meaningful to them.

Leslie was recruited by the David Allen Company as the Director of Training to develop their flagship training Getting Things Done™. Leslie custom designed and delivered various offerings and as one of their top Presenters, she delivered Keynote Speeches, Executive Coaching, as well as trained the internal staff to deliver GTD™. She traveled globally working with Executives and teams to implement GTD™.  primarily in the Pharmaceutical and Investment Banking sectors.

In the mid 2000’s Leslie moved to Europe and co-founded a boutique consulting, training and coaching company in Baden-Baden, Germany. While there, she opened up the market for Getting Things Done®, expanding the work throughout Europe. She also delivered High Performing Team programs to align and develop teams while continuing to expand her Executive Coaching practice. Leslie relocated back to California in 2012 and founded SHIFT Coaching & Consulting with an emphasis on Executive and Team Leadership Development. Many of her clients also utilize her design expertise to create programs to develop their leaders.

Shortly after relocating back to the U.S., Leslie was brought into one of the top Canadian transportation companies for 18 months to work with a Senior Executive to develop leadership in the function which included managing teams that were driving key initiatives to support the executive in achieving the functions strategic goals. The work was well received and highly successful.

Her experience in the banking, consumer goods, pharmaceutical, transportation and technology sectors along with the not-for-profit work she has done has provided a wide forum of positive impact with the individuals and teams with which she has worked. Some of Leslie’s clients include: Comcast, Credit Suisse, Siemens, Coca Cola, Merz Pharma, Teva Radiopharm, Swissgrid, SAP, AirPlus International, Canadian National Railway, Texas A&M University, and Golden Valley Health Centers.

Jose Caraball lives in Santiago de Chile, is married to Gabriela. They have two sons: Jose Thomas and Nicolas Gabriel.